“What do you want?” I am asking myself after closing the position. In fact, I had two entries to go Long NQ futures. I gave up the first one which appeared around 10am. Reason being I had a bearish view of NQ given longer time frame looked rather bearish. So I decided to wait for bollinger band expansion in 15 minute chart before deciding to go Long.

Finally, long position of NQ was established 10:05am when NQ broke out from flag, which was also the first pull back of new uptrend cycle. However, this entry was kinda toppish. And CBL trailing stop was triggered.

One trade closed with +2.01 R gain. It should be a multiple R trade, but “What do you want?” Be bold, or want more confirmation? Confirmation costs some money though.

My Name is Gav.
I am a Father, Husband, Trader, And Blogger. A serious coffee addict. I started training since 2005, mainly on FX and Futures. 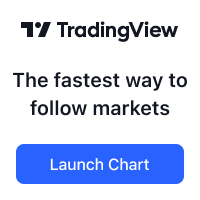